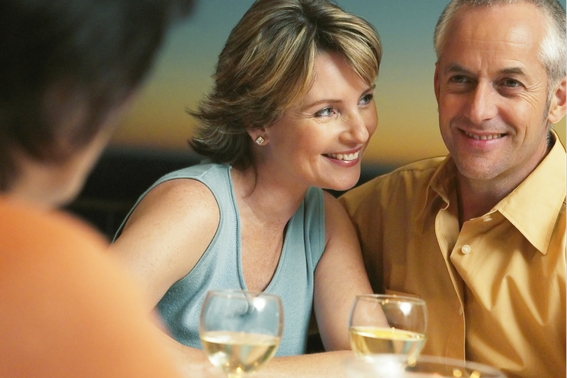 Hearing loss, in part, because it is an unseen disability, can be a very frustrating condition both for the person whose hearing is impaired and for those around them. Those who have never had to live with hearing problems cannot possibly understand the amount of focus it can take to carry on a simple conversation or how exhausting it can be.
As with most situations, a little understanding can go a long way towards making life easier for all involved. So, here are “Top 5 Things People with Hearing Loss Wish Their Friends Understood”.

The very thing that makes hearing aids such a great benefit can also make them frustrating in some noisy environments. Things have gotten much better with today’s technology, with modern hearing aids being able to filter out most background noises. Still, areas, where those sounds are actually human conversations, can still pose some problems and sudden loud noises can at times slip past the filters depending on the hearing aid worn.

If someone with a hearing impairment, even a minor one, makes an odd reply to question or losses track of a conversation, they have probably misunderstood what was said. Speaking clearly and distinctly can go a long way towards avoiding these misunderstandings.

If you speak from behind or shout from another room and the person, with a hearing problem, doesn’t react they aren’t being rude they simply can’t hear you or lost your voice in the background noise. When speaking to the hearing impaired always try to face them directly and get their attention before talking.

Hearing loss can leave many people feeling isolated and though communicating can be trying at times. They do want to be included in what’s happening around them. If they don’t hear or understand you, don’t say “it doesn’t matter” or “never mind”. Repeat yourself slowly and directly facing them.

For the hearing impaired, especially those with hearing aids, the key to being understood is to speak clearly and enunciate. Shouting at them really isn’t much of a help if you still run words together or slur your speech. In fact, it can make matters worse and only irritate people further.