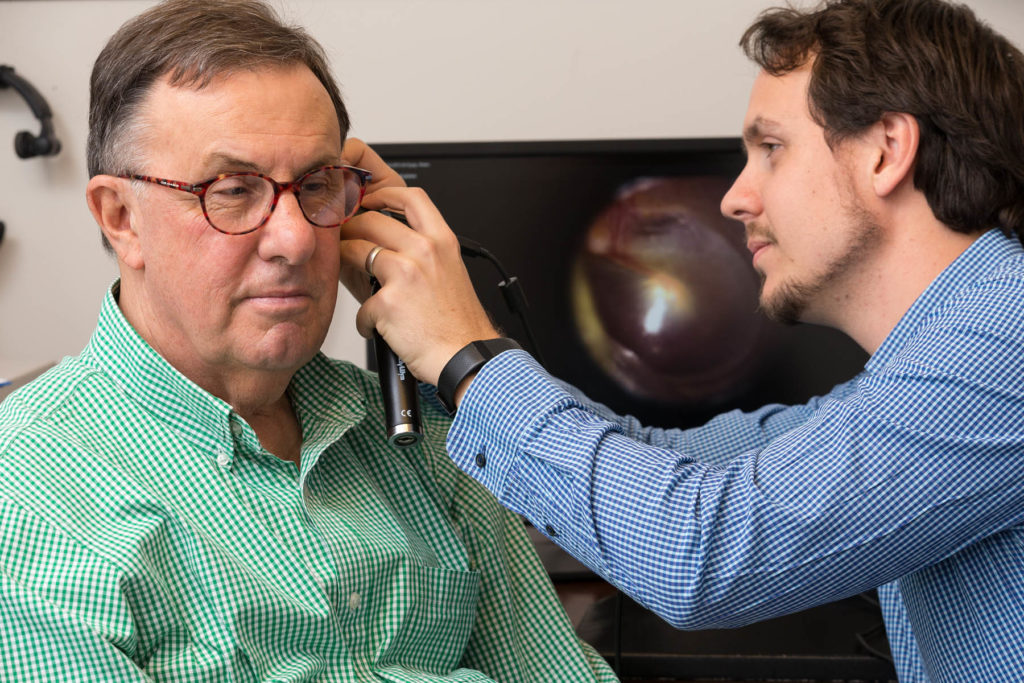 Are you bothered by earwax? You really shouldn’t be. Earwax is one of the ways that your body helps to protect your hearing. It is secreted in the ear and acts as a trap to help prevent germs, moisture and debris from reaching the sensitive structures of the inner ear. Once it has done its job it is naturally shed from the body. It is only when earwax becomes excessive that it can become a problem.

If you have been experiencing:

Then the problem could be earwax build up.

If your ancestors came from a colder climate then it is going to be normal for your body to produce a greater amount of earwax than other people. If not, then other possible causes of earwax build up could be:

Luckily, if you are having problems with excessive earwax build up it is a simple matter to take care of. DIY in this case is not a good idea. Cotton buds can do irreparable damage to your ears if used improperly.

If earwax has become a chronic problem for you then Falls of Sound can help. Our Audiology team holds accredited earwax removal certifications. This enables them to remove wax with a gentle suction technique, no water needed. It is a fast and painless procedure that will leave you hearing much better.