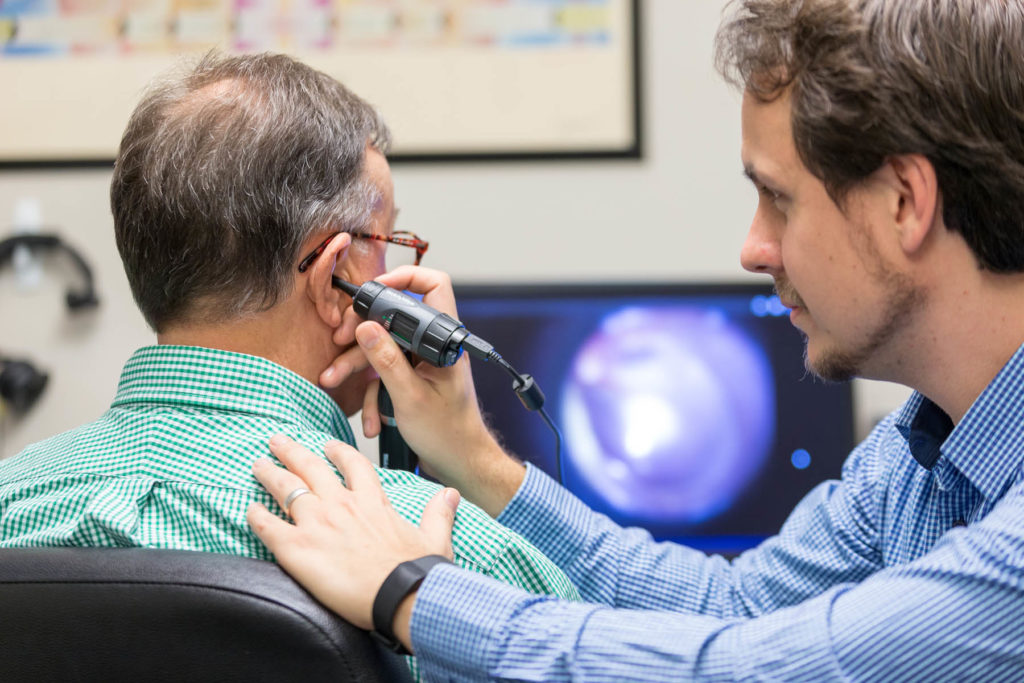 For most of history, the development of assistive listening devices has been a slow process. There were a few marked jumps in progress fuelled by new technology. But, it wasn’t until Zenith Radio, in the 1960s, developed a silicon-based resistor. That is when the modern hearing aid was made possible.

From the 60s till the 80’s not much changed. Then with the birth of silicon chip technology things took off again and they haven’t slowed down yet.

Beginning in the 1980s, digital technology started to be used in hearing aids for the first time. These early devices paired digital signal processors with analog compression amplifiers, giving the user a much cleaner and natural sound than earlier devices.

Then in the benchmark year of 1996, the very first fully digital assistive listening devices began to find their way onto the market. These devices were a huge step forward greatly reducing the size and weight of hearing aids. Beyond this and even more importantly they gave both audiologist and their patients’ control they had never dreamed of.

Beginning in the early 2000s digital hearing aids had developed to the point where they were almost completely programmable. This made it possible for hearing professionals to customize the way the hearing aid worked to match each particular patient. They could now program the hearing aid to amplify only the frequency range that a patient had problems with.

Today’s hearing aids go beyond anything that was even dreamed of even 20 years ago. With built-in algorithms to recognize and filter out background noise. Hearing aids can be customized to an individual’s needs and adapted to specific hearing environments. Use for weeks at a time before removing for cleaning. Some are so tiny they fit in the ear canal itself.

Through the use of FM connectivity, telecoils and Bluetooth they can connect with other electronic devices like computers and mobile phones. Perhaps the biggest innovation though is that they are now able to learn and adapt, over time, to an individual’s needs. This adds convenience to the user and helps assure that they receive the best quality sound even if their condition or lifestyle changes.