The LISN & Learn auditory training program (software) was developed at NAL by Dr Sharon Cameron and Dr Harvey Dillon. By convolving the speech materials used in the test with head-related transfer functions a three-dimensional auditory environment is produced under headphones. The software consists of five games – Listening House, Listening Ladder, Answer Alley, Goal Game and Space Maze. The games are played on the child’s home computer. Output levels are controlled by the software and presented over headphones. 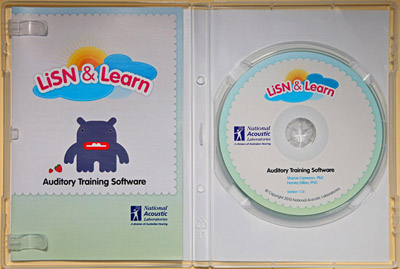 What is the software designed to remediate?

The software was specifically designed to train children diagnosed with spatial processing disorder (SPD) to hear better in noisy situations, such as the classroom. SPD is a specific type of central auditory processing disorder. Children with SPD are less able than their peers to use binaural cues to selectively attend to sounds coming from one location and suppress noise coming from other locations in the environment. As a result, children with SPD experience greater-than-normal difficulty understanding speech in the presence of background noise. They therefore often report difficulty listening to their teacher’s voice in the classroom setting, where fluctuating noise levels are commonplace. Thus, if the disorder remains untreated or unmanaged, SPD can interfere with learning at school. SPD is most common in children with a history of prolonged otitis media (or glue ear). SPD is diagnosed with the Listening in Spatialized Noise – Sentences test (LiSN-S).

What does the child have to do?

The child’s task is to identify a word from a target sentence. The sentences are spoken by a female speaker and – even though the child is wearing headphones – appear to emanate from 0° azimuth (directly in front of them). The target sentence is presented in background noise – coming from + and – 90° azimuth (from either side) simultaneously. The background noise consists of looped children’s stories spoken by the same female speaker as the target sentences. The child uses his or her computer mouse to select an image which is displayed on the computer screen after the sentence is presented that best matches one of the words in the target sentence. 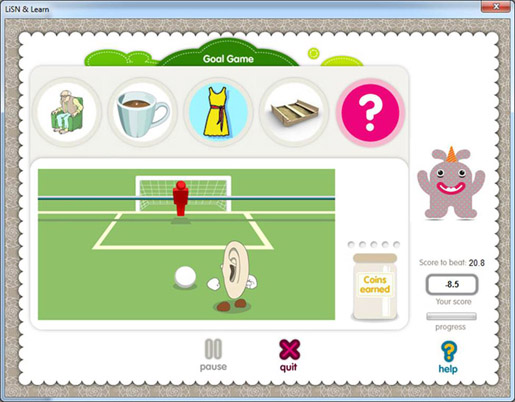 How does the software work?

A weighted up-down adaptive procedure is used to adjust the signal level of the target sentence based on the child’s response. The target is decreased by 1.5 dB when the child correctly identifies a target image. It is increased by 2.5 dB if the wrong target identified, and it is increased by 1.5 dB if an “unsure” response is made. In this way the child is continually challenged to listen at increasingly difficult signal-to-noise ratios. As both the target sentences and the background stories are all spoken by the same female speaker the child must rely on using the spatial cues embedded in the auditory signals (i.e. differences in the physical location of the speech streams) to differentiate the target sentence from the background noise.

To motivate children they can design an avatar or “buddy” which appears throughout their training program. The child receives “reward coins” for completing games and they can use their coins to buy items for their buddy in the reward shop or to play non-training reward games. 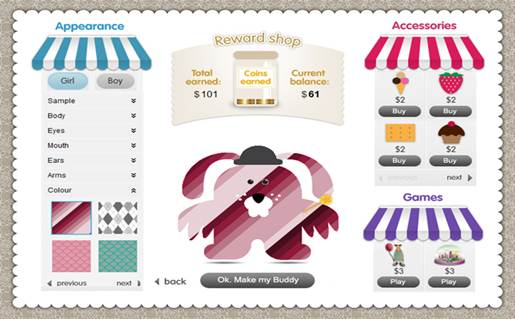 How long does the child train for?

The child plays two games per day, five days per week, over a 10 week period, or until 100 games have been completed. Each game takes between 5 to 10 minutes to complete.

What results are expected?

Studies from Cameron & Dillon, 2011 and Cameron, Glyde and Dillon and clinical trials have shown that the speech reception thresholds of children who train on the LiSN & Learn for 100 games improve by approximately 10 dB and, following training, they are able to perform on the LiSN-S as well as their peers.