Why do we have earwax? 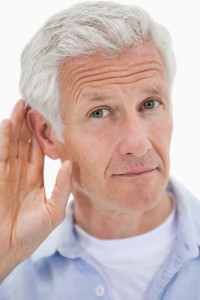 Earwax lubricates the ear canal and protects the eardrum from dirt and foreign bodies. It fights also infections as it has some mild antibacterial components. Most of the time the ear is self-cleaning; cells from the centre of the eardrum travel all the way to the outer canal. During this slow and orderly migration, the cells take earwax and skin in its path from the eardrum to the ear opening, aided by jaw movement. Old wax is transported to the end of the ear canal and will eventually seep out.

As we age, ear wax tends to become more dry and stiff and may tend to pile up in the ear canal rather than flow out of it on the conveyor belt of migrating skin. A blockage of earwax can also be created by probing the ear with things such as cotton tips, bobby pins, twisted napkins, car keys…..These objects push the wax deeper in the ear.

Often the only thing that is needed is to soften the wax to allow the ear to clean itself.  Wax drops may only be used if the ear drum is intact.

When should the ears be cleaned?

Under ideal circumstances, the ear canals should never have to be cleaned. However, that isn’t always the case. If ear wax accumulation does not dissolve, flushing of the ear might be necessary or wax build-up may need to be carefully removed by a General Practitioner or an Ear, Nose and Throat Specialist. This condition is call cerumen impaction, and may cause one or more of the following symptoms:

Additionally, cerumen and other debris in the ear canal can have a tremendous impact on hearing aid users.